A study that builds on a developing collection of environmental justice research revealing racial and ethnic inequalities in air pollution exposure.

esearch established by Dr Robert Bullard, the father of environmental justice, declares environmental harm is connected to inequality in political power and resources. Dr Bullard states that environmental inequality exposes black people and people of colour to a disproportionate "pollution burden". In comparison, white people experience "pollution advantage" where they see much less of the harm from the pollution that they produce.

In a 2019 study published in the Proceedings of the National Academy of Sciences (PNAS) set out to analyse and determine the disproportionate of air pollution caused mainly white people and the effect it has on black people and people of colour. The PNAS pollution inequity metric provides a simple process of showing a variation between the pollution that people produce and the pollution to which they are exposed. 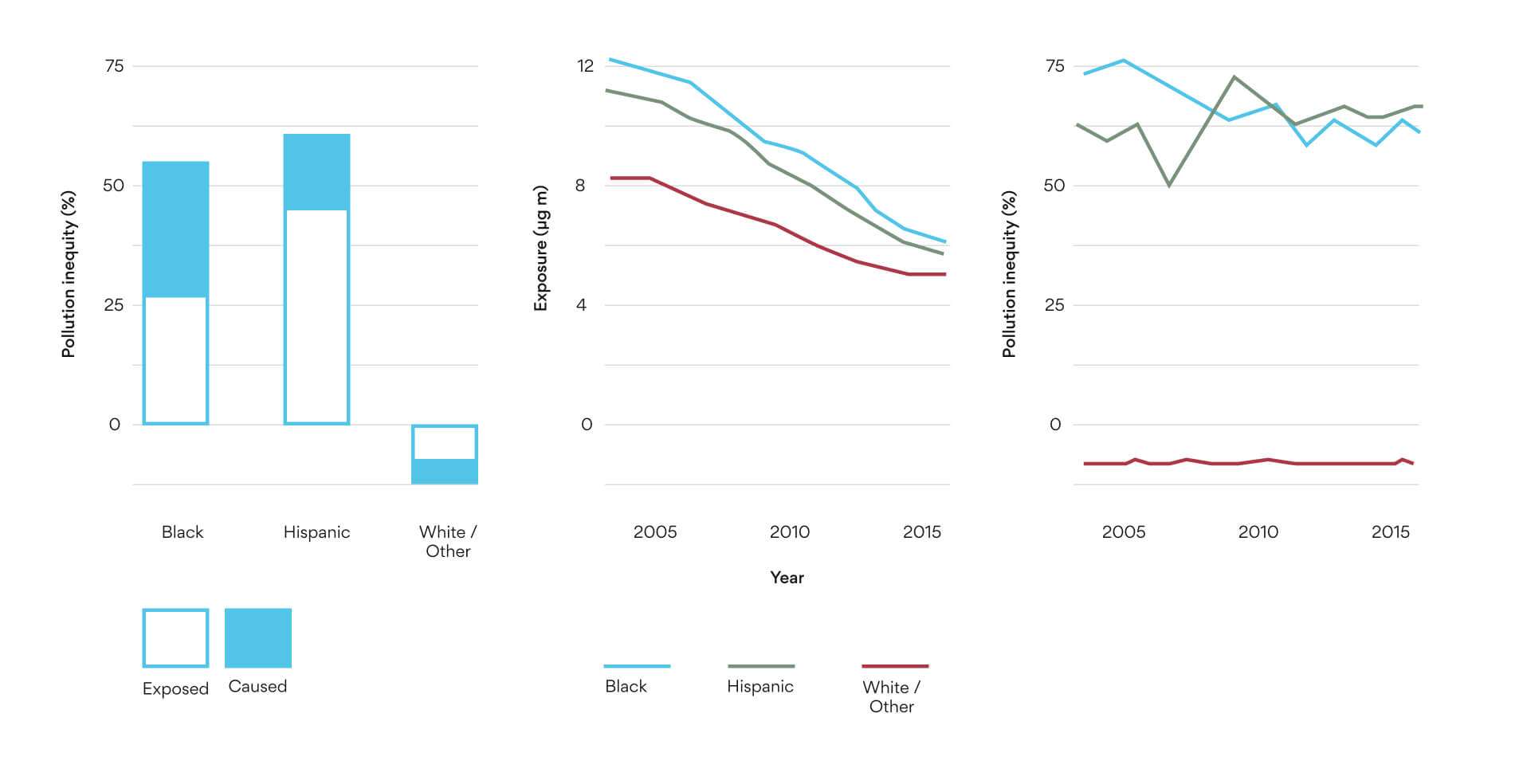 Pollution inequity is driven by differences among racial-ethnic groups in both exposure and the consumption that leads to exposure. — Dr Robert Bullard

The name for the unequal, racial segregation that puts people of colour in harm's way is called "environmental racism". It refers to the idea that waste and pollution represent an ecological injustice to the unbalanced impact of the climate crisis to Black people, indigenous people, and people of colour.

The conclusions from the study validate what many environmental justice leaders have been supporting the past four decades—white people are dumping their toxic pollution on people of colour and poor people.

Pollution is destroying our planet. It damages the air we breathe and it is killing us and our children. But the heavy burden lies on the health of African Americans and other people of colour. African Americans are almost three times more likely than whites to die from asthma related causes; African American children are four times more likely to be admitted to the hospital for asthma, as compared to non-Hispanic white children. An undoing of institutional racism may very well be what's need to dismantle environmental health disparities in the United States. It's time for this unjust and illegal pollution dumping to end.